A drop in grain prices is making it tougher for grain farmers to pay rent on the land they lease. As a result, some overwhelmed grain farmers in the Midwest say that they are considering breaking their lease contracts.

Many rent payments come due on March 1. These payments can range anywhere from a few thousand dollars to millions of dollars, depending on the size of the farm.

For more than 10 years, grain farmers have enjoyed a boom, but that appears to be coming to end. John Deere has cut its profit forecast, blaming declining sales on the fact that farm income and grain prices are both down. Lower farm income and grain prices are further aggravated by the fact that other costs associated with farming have remained high.

There is little hope of a quick turnaround since grain prices aren’t predicted to rebound anytime soon. The U.S. dollar remains strong, leading to a decline in exports. The U.S. Department of Agriculture (USDA) estimates that net farm income could be reduced by almost a third – to $74 billion – from its peak in 2013.

Currently, there is no way to tell exactly how many farmers will breach their leases. What is known is that a great deal of farmland is leased and is therefore at risk. USDA statistics show that 40 percent of farmland in the Midwest is leased.

It is unlikely that landowners will decide to reduce rent prices. This is because much farmland is rented out by retired farmers who rely on the income to live. There also has been a rise in realty investors who are unlikely to lower rent prices since that would negatively affect their profit margins.

Farmers list few options for meeting rent payments. One option is turning to bank loans. Operating loans for farmers rose 37 percent in the fourth quarter of 2014, according to the Federal Reserve Bank of Kansas City’s Agricultural Finance Databook.

In the end, farmers who plan to walk away from their leases will face resistance. Landowners have made no secret of the fact that they will want their money and will go to court to make sure that they get it.

The Lesser-Known Benefits of Farmers’ Markets 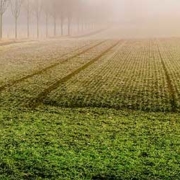 Should you Pay your Child for Working on the Farm? Absolutely!

Searching for the Best in Ag Apps

Raising Pigs can be a Profitable Endeavor