Farmers are often the target of radical environmentalists who try to perpetuate the myth that farmers have absolutely no concern for the land and only see it as a means to make money. Of course nothing could be further from the truth.

Since such negative propaganda can have a detrimental impact on the agricultural industry in general, and farmers in particular, it is important that these misrepresentations are not allowed to go unchallenged. What follows are some facts that can be used to clearly and correctly contradict the inaccuracies promoted by many radical environmentalists:

Obviously, farmers list protecting the land on which they make their living as one of their most important priorities. After all, why would they want to destroy the very thing that sustains their livelihood? It would be well for critics of farmers to remember that long before “environmentalism” came into vogue farmers were the original stewards of the land. Further, since the early 1930s federal farm programs have included provisions to help farmers protect wetlands and other delicate land.

It is important that farmers and those who support them have the ammunition to fight off farming’s many critics. Especially since these critics only seem to be interested in disparaging honest farmers who work long and hard to not only protect the land but also provide our nation’s abundant, safe, and nutritious food supply. 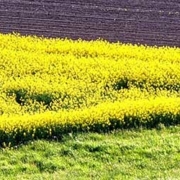 Combining Success on the Farm with Success in Your Marriage

Is the Farming Life Right for You?